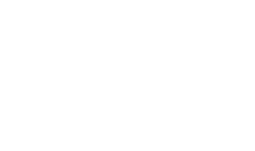 BOOK DIRECT
AND SAVE!

QK Life is about the Hotel’s legacy and culture. The legacy starts with Queen Kapiolani herself. Married to King Kalakaua, she was Hawaii’s Queen from 1874 to 1891, loved art and composed her own music, played polo, surfed, and relished a great party, (even travelling to London to attend Queen Victoria’s Jubilee). She loved her people, and honored her people by establishing Kapiolani Hospital for Women as one of her great gifts to Hawaii.

In 1967, the Hotel was built on royal lands overlooking Kapiolani Park, the State’s greatest park which is named after the Queen herself; for decades the Hotel was the favored place where locals and guests gathered for brunch, dinner, weddings and graduations; its location at the beach was perfect for kama’aina surfing; and its art collection and music programming rivaled that of any hotel in Honolulu.

As the Hotel completes its restoration, it once again brings the beach, art and music into its hospitality culture.